The Secret Garden of the Assassins

Rivers of wine and damsels accomplished in the arts of amorous allurement. The birth of a questionable legend.
by Michael Isenberg. 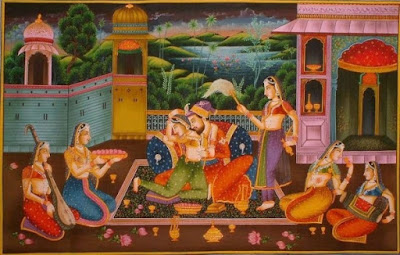 Readers of my novel, The Thread of Reason, frequently ask me about the history behind the various stories I recount in the book. One of the most intriguing is that of the Sheikh (or Old Man) of the Mountain’s Secret Garden. The story comes from Marco Polo:

In other versions of the story, the recruits were given not opium, but rather hashish. From this the cult acquired its name, the Hashasheen, and the English language acquired a word: Assassin.

It’s a fascinating story. One would think that the damsel’s arts of “dalliance and amorous allurement” would indeed make for some very motivated killers, and I'm rather partial to the bit about rivers of wine. And yet, there is reason to think that it is nothing more than that: a story.

Marco Polo is not the most reliable of sources, and he did not travel through the area until years after the Assassin Cult and its castles had been destroyed. And even though they had operated for almost 170 years prior to that, I’m not aware of any references to the secret garden before Polo’s. Not to mention that it would take hundreds of people to build and maintain such a garden, which would make it almost impossible to keep it a secret. It would be widely known that it wasn't the real Paradise.

There are also other possible explanations for the origin of the term Hashasheen that don’t involve sex and drugs. The first Sheikh of the Mountain was named Hasan, and the cult may have taken its name from him.

But as I point out in the Historical Note to my novel,