4 Reasons I Don’t Give a Damn about Cultural Appropriation

As a Jew who wrote a novel about the Muslim world, I am sometimes asked whether it bothers me that I’m committing “cultural appropriation.” 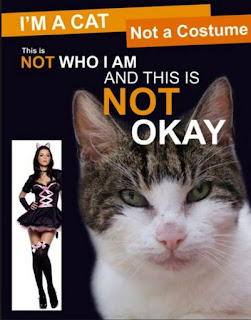 Cultural appropriation is the accusation leveled against members of “dominant” cultures when they use elements of “minority” cultures for various purposes, such as religious ritual, fashion, and especially the arts. Such accusations are all the rage on college campuses and other prog hotbeds, and tend to peak around Halloween in the form of minute examination of one’s festive attire for any hint of political incorrectness. (“I’m a culture, not a costume.”) As a philosophical concept, cultural appropriation is indefensible and racist. It is the enemy of artistic expression, and depends completely on a false premise. Just a terrible idea.

Before I get into details, I will admit to one area of agreement with the lefties who lecture us about cultural appropriation: one should always approach other cultures with respect. I attempted to do that in my novel—it's called The Thread of Reason, by the way—despite the many areas of Muslim doctrine with which I disagree, and I hope that is apparent to the reader.

That said, here are 4 Reasons I Don’t Give a Damn about Cultural Appropriation:

1. Cultural Exchange is a Good Thing.

No culture has a monopoly on good ideas. Each has its own strengths and weaknesses, its quirks and taboos. It is therefore beneficial when cultures learn from each other, taking the best that each has to offer. This is certainly what we’ve done in America; the results have astonished the world.

This was the case in the world of medieval Islam as well, where Arabs, Turks, and Persians, Muslims, Jews, and Christians all jostled each other in the marketplace. As the main character in my book, Omar Khayyam, put it,

(For those my right-of-center friends who disagree with this characterization of Islam, keep reading.)

If the forces of political correctness had their way, there would be no such cultural exchange. Every race, gender, religion, and other subculture would be segregated. Seated in different sections of the metaphorical bus. Ossified in its own traditions, unable to experience the evolution that comes from trade. The exact opposite of the diversity and multiculturalism whose benefits we once heard so much about.

My left-of-center friends will no doubt interject at this point that I have cultural appropriation all wrong. They don’t object to cultural exchange per se. It’s only a problem when the playing field isn’t level, i.e. when the “appropriating” party exerts power over the other party, especially when the relationship is one of colonizer to colony (How colonialism continues to play such an important role decades after the great powers withdrew from their colonies baffles me).

This is so much worse than the segregation scenario I described above. Our politically correct friends have created two classes of cultures. One class may take any idea it wants from the other and experience the benefits of doing so, the other condemned to stagnation as it is prohibited from adopting anything in exchange. That really is a new colonialism. It’s racist AF.

The defenders of this kind of thinking tell us it’s necessary to rectify injustices that one culture committed against another. And yet they would enforce it even when the individuals involved were neither perpetrators nor victims of these injustices. Punishing the innocent is not justice. The antidote to racism is not reverse racism.

3. Your culture is not your property.

The notion that one people can “appropriate” the culture of another presupposes that the latter owns their culture via some sort of collective intellectual property rights.

As a writer, I’m all for individual intellectual property rights. In the words of the US Constitution, “securing for limited Times to Authors and Inventors the exclusive Right to their respective Writings and Discoveries” will “promote the Progress of Science and useful Arts.” Indeed, it is only fair that authors or inventors who labored and took risks to create something new should own it, and thereby benefit financially.

But giving intellectual property rights to a collective—most of whose members didn’t invent the thing—is another matter entirely. For someone who is not the creator, and may not even be his descendant, to retain such rights merely because he happens to have been born into the same culture does nothing for fairness. Nor does it protect the financial interests of authors and inventors or promote the progress of science and the useful arts. And for those rights to persist for centuries or even millennia after the death of the creator is absurd (Indeed, even current US law, which protects copyrights for a hundred years after the death of an author, goes too far).

To coin a phrase, you didn't build that. If you didn’t create it, you don’t own it. And that which is not owned cannot be appropriated.

I chose to spend several years of my life researching and writing a book about the medieval Muslim world because it interested me. Not everyone in that world agreed with the quote above about the benefits of borrowing from other cultures. It was, therefore, a world in conflict. One the one hand, there were those such as Omar who studied “Greek science,” were tolerant toward Jews and Christians, and winked at a few breaches of shari’ah. On the other hand, there were the hardliners; they studied mysticism, persecuted Jews and Christians, and cracked down on the enforcement of shari’ah. I found this conflict fascinating, as well as tragic: in the end, the hardliners won, and, as I shall show in the sequels to The Thread of Reason, the consequences for Muslim civilization were disastrous.

It was a story I wanted to tell. That is the only justification any author needs.

I want to leave you with a quote from bestselling novelist Anne Rice, which she posted on Facebook last year. Ms. Rice is a straight, white woman who has created characters of nearly every race, gender, and orientation, both living and undead. Her 1986 novel, The Feast of All Saints, about “free people of color” in the antebellum South is particularly noteworthy in this respect. I was merely going to include excerpts, as it is rather long, but the post is so beautifully written and powerful (as a writer, I'm jealous), it’s worth reading in its entirety:

Or as one of the comments on the post put it, “You don’t have to be a deer to write Bambi.”

Posted by Michael Isenberg at 11:49 AM No comments: