The world has lost an icon in the field of Islamic studies: Princeton historian Bernard Lewis died May 19, a couple weeks shy of his 102nd birthday. 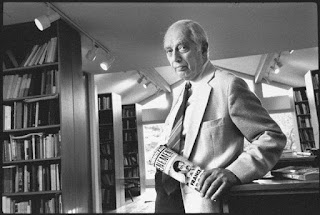 Born in London in 1916 to Jewish parents, Lewis was launched on a lifetime of language studies when he learned Hebrew in preparation for his Bar Mitzvah. In 1939, he earned his Ph.D. from the School of Oriental Studies at the University of London where he joined the faculty.

At that time, professional historians had little interest in the Muslim world. Such research as was done was carried out by “Arabists,” specialists in the Arabic language. Professor Lewis wrote in his 2012 autobiography, Notes On A Century (written in collaboration with longtime partner Buntzie Ellis Churchill), “As my teacher [H.A.R] Gibb told me more than once, I was the first professional historian to study, teach and write Arab history—the first, that is, in England.”

Like much of his generation, when World War II broke out, he entered military service. He was initially sent to tank school, but, “Either because of my aptitude for languages or my ineptitude with tanks, I was transferred from the tank corps to the intelligence corps.”

After the war, Professor Lewis made a name for himself with his first commercial success, 1950’s The Arabs in History, and his dive into the archives of the Ottoman Empire—he was the first Western scholar to be allowed access by the Turkish government. Professor Lewis takes little credit for that accomplishment:

Still, accomplishment it was. In his article, “Bernard Lewis: an Appreciation,” R. Stephen Humphreys explains the significance of Lewis’s Ottoman scholarship:

In his 1964 book, The Middle East and the West, Professor Lewis included a chapter “The Revolt of Islam,” in which he wrote,

This was an astonishing statement at a time when the Muslim world was dominated by secular, nationalist, socialist dictators like Egypt’s Gamal Nasser. Even Professor Lewis had to concede that “In recent years these militant religious organizations appear to have lost ground, and in many countries they have been outlawed or restricted.” Still, he predicted, “Though they have all, so far, been defeated, they have not yet spoken their last word.” In particular he singled out Egypt’s Muslim Brotherhood as “The most active and most successful of these leagues.” He returned to this theme in a 1976 article (having moved to Princeton’s Institute for Advanced Studies in the meantime), “The Return of Islam,” in Commentary magazine.

When, three years later, the Iranian Revolution proved him right in a spectacular and tragic fashion, Professor Lewis began his transformation from “mere” academic superstar to PUBLIC INTELLECTUAL, a transformation that was completed in the wake of the September 11 terrorist attacks, perpetrated by Muslim Brotherhood alumni and their disciples. “Osama bin Laden made me famous,” he said.

His growing fame brought the US government a-calling. During the run-up to the first Gulf War, then-defense secretary Dick Cheney consulted him, together with “almost every Middle East expert in the country.” But Professor Lewis stood out. While most experts warned that the United States should not get involved in another Vietnam, Lewis correctly predicted that defeating the Iraqi Army would be “quick, cheap, and easy.” In Notes on a Century he conceded that he merely echoed the opinion of his friend, then-Turkish president Turgut Özal.

He was consulted again in the run up to the second Gulf War, prompting The New York Times to write in his obituary that “Few outsiders and no academics had more influence with the Bush administration on Middle Eastern affairs than Mr. Lewis.” Lewis himself, however, downplayed that influence. He insisted he opposed the second war and pointed out that the extent of his involvement with the Bush administration was little more than a few meetings with Vice President Cheney, meetings not important enough to warrant a mention in Cheney’s lengthy memoirs.

The role of Professor Lewis (or lack thereof) in advising the Bush Administration was not the only controversy of his long career. He was singled out by Columbia University’s Edward Said, who accused him of being the “culmination of Orientalism,” a term which Said never actually defines in the three hundred pages of his eponymous book, but which is apparently a form of racist scholarship in the service of Imperialism.

In recent years, Professor Lewis’s name has become synonymous with his “Clash of Civilizations” hypothesis, a phrase he coined in a 1990 essay in The Atlantic, “The Roots of Muslim Rage,” and expanded upon in his 2003 book, The Crisis of Islam: Holy War and Unholy Terror. Building on the ideas in “The Revolt of Islam,” Lewis argued that the conflict between Islam and the West was not the result of anything the West has done, but rather driven by the ideology of Islam itself.

(For more about the Clash of Civilizations, see my article, "Fighting for God." I'll cover Orientalism in a future post.)

Professor Lewis was well known for his bon mots and humorous anecdotes. One of his commanding officers during the war felt it necessary to note in his file “His sense of humor should not be taken as seditious.” Judging from Notes on a Century, Lewis was often content to play straight man in his own stories, and let other parties be the comedians. Thus, there is the story of the Turkish general with whom Professor Lewis was discussing Turkey’s entry into NATO. “The real problem with having Americans as your allies,” the general said, “is you never know when they will turn around and stab themselves in the back.”

On another occasion Professor Lewis was talking with a Pakistani general about the 1956 Suez Crisis, in which Israel, Great Britain, and France made an abortive attempt to wrest the Suez Canal from Egypt's Nasser, who had nationalized it. “We are strongly opposed to military aggression,” the general said. “Especially when left unfinished.”

But perhaps the trait of Professor Lewis that contributed the most to his success as a scholar was his commitment to objectivity. “The historian should not set out to prove a thesis and select material to establish it,” he wrote, “but rather follow the evidence where it leads.”

And again, “It is perfectly legitimate to reject and refute someone else’s arguments, but you must not distort his arguments in order to make your task easier.”

He was even willing to reject and refute his own arguments when he thought that was warranted. Looking back at The Arabs in History late in life, he called it a “sin of my youth.” He felt it was unduly influenced by the Marxist phase he was going through at the time he wrote it. “Quasi-Marxism was my measles or chicken pox,” he said, “which I got over at the age when one recovers from these ailments. Some younger people presumably find it necessary to go through the same phase now but I don’t think one should make an intellectual virtue of childhood infections.”

Judging from the reaction to his work, he had some success in staying objective:

The Arabic translator of The Middle East and the West wrote in his preface, “I don’t know who the person is but one thing is clear. He is, from our point of view, either a candid friend or an honest enemy and in any case one who disdains to distort the truth.”

As another non-Muslim writing about the Muslim world, I can only dream that someday a Muslim writer will praise my work in this fashion. 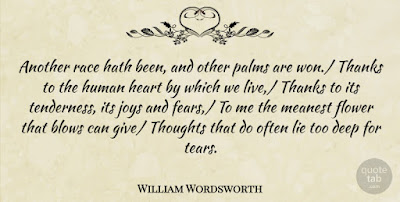 Posted by Michael Isenberg at 4:53 PM