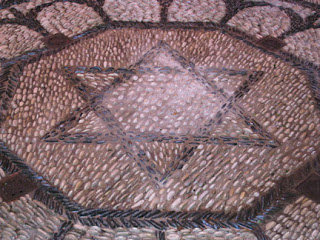 In my medieval Muslim murder mystery, The Thread of Reason, I recount the violent death of one “ben El the tax collector,” a protégé of the sultan’s vizier (i.e. prime minister) Nizam al-Mulk. “Despite his unfortunate choice of profession,” one of the characters tells us, “and despite being Jewish, he was well-loved in Basra.”

Ben El was a real-life figure, known to the history books as ibn Allah. Here’s an account of his demise from a medieval source, ibn al-Athir (1160-1233). The episode has some bearing on the debate between my left- and right-of-center friends as to how Jews were treated in medieval Islam. It shows that despite being second class citizens, they could nevertheless rise to prominent positions in the Islamic world and that when they came into conflict with Muslims, sometimes even the most highly-placed Muslim officials would take their side. With the possible exception of the sultan himself, there was none higher than Nizam al-Mulk:

According to the text, Khumartegin and Gohara’in were motivated more by court politics than by any overarching hatred for Jews. About ten years after the death of ibn Allah, Gohara'in was involved in another incident involving a Jewish official which confirms that. But the later incident also shows that the Chosen People did have plenty of enemies in Islamic circles, despite their wealth and prominence (or more likely, because of it). I’ll recount that episode in a future post.

Posted by Michael Isenberg at 7:17 AM No comments:

Email ThisBlogThis!Share to TwitterShare to FacebookShare to Pinterest
Labels: Islam in the Middle Ages, The Jews in Islam, The Thread of Reason

Bernard Lewis, Edward Said, and why “Orientalism” is Bulls—t.
Part 5: Back to the Pilot.
By Michael Isenberg.

I began this series on Orientalism with the feud between Bernard Lewis and Edward Said. I’ve now come full circle and will wrap it up in the same vein. 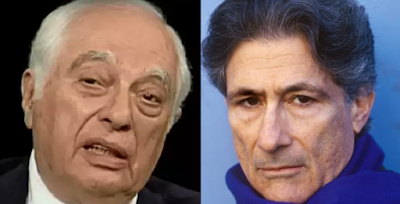 Orientalism was a 1978 book by Professor Said, in which he argues that most Western scholarship on the Middle East is tainted: racist and in the service of the Armies of Imperialism. Among Western scholars, he singled out Mr. Lewis in particular. In a book chock full of attacks on the works of Orientalists, and even occasional praise for them, the attack on Lewis stands out as an attack on him personally, and an unusually bitter and abusive one at that:

What are these "aggressively ideological" works of Professor Lewis? This "political propaganda?" Professor Said objects to a series of articles, which I wrote about previously, in which Lewis argues that despite the apparent victory of secular, nationalist dictators in the Middle East, Islamic movements were a rising force, and “Though they have all, so far, been defeated, they have not yet spoken their last word.” In Orientalism, Said dismisses that as “a project to debunk, to whittle down, and to discredit the Arabs and Islam,” and “a charge intended by Lewis to explain to his latest public why it is that the Muslims (or Arabs) still will not settle down and accept Israeli hegemony over the Near East.” The role of Islam in the Arab world was certainly a topic over which reasonable people could disagree without either of them being guilty of trying to "discredit the Arabs." In any case, only a year after Orientalism was published, events in Iran would prove—in a tragic and spectacular fashion—that is was Lewis who was right.

Professor Said’s claim, that what this is really about is the Israeli/Palestinian conflict, tells us more about Said than about Lewis. As I noted in Part 1, Said concedes in his Introduction that the subject was personal, “not for me an exclusively academic matter.” Nowhere does he let his personal feelings get in the way of his scholarly objectivity more than when it comes to the Jewish State. While he maintains a certain amount of academic detachment through most of the book, the final chapter, covering modern scholars, is entirely distorted by his partisanship as a Palestinian. Bernard Lewis is pro-Zionist and therefore must be at the receiving end of ad hominem attacks. But Louis Massignon, who viewed Zionism as “bourgeois colonialism,” possesses “sheer genius” and “overwhelming intelligence.” Said is even willing to give him a pass for equating the East with the ancient and the West with the modern, usually one of Said's top complaints against Orientalists.

Lewis calls Said out on this. In a rebuttal, published in The New York Review of Books, “the culmination of Orientalism” argues that what really bothers Said and other critics about so called-Orientalists is not their view of history, but rather their view of current events:

Or as we would put it today, the real sin of “Orientalists” is that they aren’t politically correct.

As for his overall assessment of the Orientalism hypothesis, Mr. Lewis sums it up in one word: “Absurd.” He points out that everything that Professor Said had to say about Western scholars of the Middle East could equally apply to scholars of Ancient Greece, until “the very name of classicist must be transformed into a term of abuse.” As ludicrous as that may seem, “if for classicist we substitute ‘Orientalist,’ with the appropriate accompanying changes, this amusing fantasy becomes an alarming reality.”

Or as we would put it today, “Orientalism” is bulls—t.

Posted by Michael Isenberg at 5:47 AM No comments:

Conan the Barbarian and The Thread of Reason

Thus spake the Sheikh of the Mountain, the leader of the medieval Assassin cult in real life, and one of the principal villains in my novel The Thread of Reason. In the book, the sheikh captures and imprisons the hero, Omar Khayyam, along with Omar’s assistant, Muhammad Baghdadi. At a confrontation in the sheikh’s study, Omar was characteristically skeptical about the sheikh’s grandiose claims of his power—basically it was the scene from every James Bond movie where 007 confronts the bad guy bent on world domination. But unlike Omar, Baghdadi was intrigued. He wanted to know how the sheikh commanded such unwavering loyalty from his Assassins, who were all too eager to die for their master on a suicide mission. In response, the sheikh offered Baghdadi a demonstration. “Let me prove how powerful an idea can be,” he said. “When it comes from Allah.” 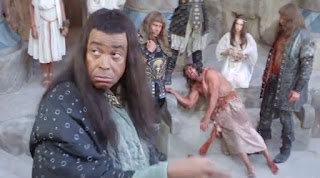 If the scene seems familiar, it’s probably because you saw something similar in the 1982 sword and sorcery flick Conan the Barbarian. In explaining how he made the transition from warlord to cult leader, the villain Thulsa Doom (James Earl Jones) tells Conan (Arnold Schwarzenegger), “There was a time, boy, when I searched for steel, when steel meant more to me than gold or jewels.”

“Yes! You know what it is, don't you, boy? Shall I tell you? It's the least I can do. Steel isn't strong, boy, flesh is stronger! Look around you. There, on the rocks.” He beckons to one of his followers standing above them on a ridge. “A beautiful girl. Come to me, my child...” The girl calmly steps off the edge of the cliff and plummets to her death.

“That is strength, boy!” says Thulsa. “That is power! What is steel compared to the hand that wields it?”

But lest you think the Sheikh of the Mountain plagiarized Thulsa Doom, it was in fact the other way around. The story has been associated with the Assassin cult ever since the Crusaders returned to Europe with tales of their adventures. Bernard Lewis, in The Assassins: a Radical Sect in Islam, relates “a somewhat questionable story” of one of the later Assassin leaders:

But even in 1198, the story was already old. An earlier version occurred during the Qarmatian Rebellion. The Qarmatians were one of the strangest sects in the history of Islam. They were communists. A dissident Shiite offshoot, dedicated to the brotherhood of mankind, they threw off the authority of the caliphs and established their own egalitarian utopia in the early 900s, with their capital at Lahsa, near Bahrain. Naser-e Khosraw, who visited the Qarmatians around the year 1050, described what he found:

You may wonder how a communist state can afford to be so generous and survive, let alone prosper for 150 years, when every other experiment in communism that litters the pages of history collapsed under the weight of its own poverty. The answer is buried in the passage above: slavery. “At the time I was there,” Khosraw writes, “they had thirty thousand Zanzibar and Abyssinian slaves working in the fields and gardens.” 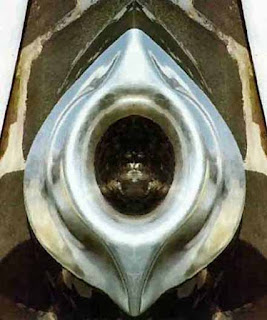 The Qarmatians supplemented the stolen product of their slaves' labor with plunder from neighboring communities. In 930, for example, under the command of Abu Tahir Suleiman Janabi, they sacked Mecca, killed several pilgrims in the holy precincts of the Kaaba, stole the sacred Black Stone that was kept there, and brought it back to their capital. According to Khosraw, “They said that the stone was a ‘human magnet’ that attracted people, not knowing that it was the nobility and magnificence of Mohammad that drew people [to Mecca].” After Janabi’s death his successors returned it for a ransom. At some point during its theft and captivity it got shattered—to this day a silver frame is used to hold the pieces together.

The raid on Mecca was not the Qarmatians’ only attack on Muslim cities. Two years earlier, Abu Tahir Suleiman Janabi and his men had marched on Baghdad, capital of the Commander of the Faithful, the Caliph al-Muqtadir. Edward Gibbon, in The Decline and Fall of the Roman Empire, tells us what happened next:

Abu Tahir Suleiman Janabi's boastful prediction was not to be. The Qarmatians were driven away from Baghdad and al-Muqtadir, despite a turbulent reign, remained unchained.

I put the “Riddle of Steel” scene in The Thread of Reason because I wanted to make a serious point about the power of ideas and because the book is about the Assassins and the scene is a timed-honored part of Assassin lore. But I couldn't resist poking fun a little at how often it has appeared, not only in Conan the Barbarian and The Thread of Reason, but in many other works as well (1964’s The Long Ships and 2005’s The Keeper: The Legend of Omar Khayyam come to mind). And so, when the Sheikh of the Mountain accuses Omar of ruining his surprise, I have Omar reply, “When Suleiman Janabi performed that demonstration—a century and a half ago—it was a surprise. Now it’s just a cliché.”

As for whether the porter actually jumps, you’ll just have to read the book.

Posted by Michael Isenberg at 9:04 AM No comments: