Did Avicenna invent quarantine in the 11th century?

In the wake of the coronavirus crisis, numerous claims have been making the rounds of cyberspace to the effect that during the Middle Ages, Muslims had an almost modern understanding of infectious disease and the steps that should be taken to combat it. In particular, it is claimed that Islam implemented quarantine centuries before the practice became common in Europe during the Black Death. 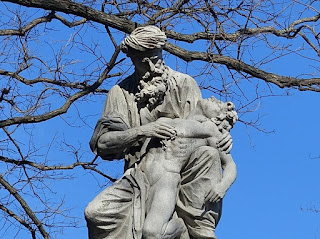 In my previous installment, I discussed what Muslim scripture had to say on the subject of disease and quarantine, and how it was interpreted by the theologians of the time. The bottom line was that although there are passages about not entering or leaving areas where plague has broken out, they are more about patiently submitting to the Will of Allah, than about trying to divert His Will by taking steps to combat the disease.

But in addition to its theologians, the medieval Muslim world was known for its scientists. They were certainly ahead of the curve in many areas, including medicine, and in this installment I’m going to take a look at the state of the art of medical science, circa 1000 AD. I’m going to focus in particular on the king of all medieval Muslim physicians, Avicenna. Born in 980 in what’s now Uzbekistan, Avicenna was a Renaissance Man hundreds of years before the Renaissance, with accomplishments in mathematics, astronomy, chemistry, and poetry. He even served in government when a satisfied patient, the Emir of Hamadan, made him his vizier (prime minister).

But it’s for his medical works that Avicenna is best known. His Canon of Medicine was the textbook on the subject, both in the Muslim world and in Christendom, up until the 1600s. Some claim that he invented quarantine and even that he came up with the forty day isolation period, which later became common in Europe and gave the practice its name (quaranta is Italian for forty).

I thought it was suspicious that all the claims about Avicenna and quarantine came from secondary sources—no actual quotations—so I did some research and found no place in the Canon of Medicine or Avicenna’s other works where he recommends the practice. The earliest references I could find come from around 1500, when reformers like Ilyas bin Abram al-Yahudi, a Jewish convert to Islam, attempted to persuade a reluctant Ottoman Court to adopt state-of-the-art medical practices. In her excellent 2012 book, Plague, Quarantines and Geopolitics in the Ottoman Empire, Birsen Bulmus speculates that, “Perhaps Al-Yahudi sought to cover his own personal arguments – like his warning ‘not go in crowded districts’ – with earlier renowned authorities so that his recommendations would be accepted within literary Islamic traditions.”1 In any case, al-Yahudi’s arguments fell on deaf ears—quarantine would not be established in the Ottoman Empire until 1838, and even then, only after considerable debate.

Indeed, it would have been strange for Avicenna to champion quarantine, given the understanding of health and disease that prevailed in his time. Despite the hype one hears about the great accomplishments of medieval Muslim physicians, it is, frankly, a mixed bag. They made great strides in diagnosing disease and assembling massive catalogs of symptoms. For example, A Treatise on Smallpox and Measles by Muhammad ibn Zakariyya ar-Razi (854-925), known in the west as Rhazes, is the oldest book we know of to distinguish between the two diseases (For an amusing story about Rhazes’s foray into psychology, see here). But when it came to understanding disease, and treating it, things were considerably more hit or miss.

The obstacle was that the germ theory of disease didn’t exist. The conceptual framework of medicine had not progressed since the time of the Ancient Greeks. The prevailing theory was Galen’s notion of the four humors—blood, phlegm, green bile, and black bile—and their corresponding properties of hot/cold and wet/dry. Under this theory, illness was the result of the humors getting out of balance, and the cure was to eat foods with opposite properties of temperature and moisture in order to compensate. Green bile, for instance, was thought to be hot and dry and therefore an excess of it caused fevers. Thus, to cure fever, the green bile needed to be balanced with something cool and moist. Although we do find some powerful drugs in the Muslim pharmacopeias—in a recent post about a tenth century cookbook, I included a recipe for opium-based cough drops—treatments were mostly food-based and bordered on quackery. In the case of fever, gourds and pomegranates were thought to be especially effective.

As for what causes the humors to fall out of balance in the first place, there were various theories.

Take smallpox, for example. Since Bubonic Plague was taking a rest—the aftershocks of the Plague of Justinian had died out around the end of the Umayyad Caliphate (750) and the Black Death of the 1300s was still centuries away—smallpox was probably the most dangerous disease with which the physicians of the Islamic Golden Age had experience.

Absolutely everyone got it, usually during childhood. Either they survived or they didn’t—the death rate was about 25%. If they survived, they never got it again.

Based on these observations, physicians concluded smallpox was just a normal part of growing up. Both Rhazes and Avicenna described it as a process of rot or fermentation in the blood. According to The Canon of Medicine,

Still, this didn’t explain epidemics, why smallpox would break out in large numbers in certain times and places. Along those lines, Avicenna did have some rudimentary notion about contagion. One paragraph in The Canon of Medicine lists diseases that can be spread from person to person, and the manner in which they’re spread:

However, this was not so much due to the transmission of germs from person-to-person—Avicenna knew nothing of the variola virus—as it did with the presence of bad air, or miasmas, in certain places. Hence the significance of whether a house was closely confined or downwind from an infected house.

Avicenna fills page after page describing how winds, seasons, temperature, humidity, and even the heavens affect the quality of the air. For example,

"As for improving the air," Avicenna writes,

This use of perfumes and incenses to fumigate the bad air was common practice. The historian as-Suyuti (d. 1505) tells of an incident during the "Plague of the Notables" (716-717), when a merchant appeared before the prince Ayyub, son of the Caliph Suleiman. The desperate courtiers grabbed the merchant's supply of musk right out of his hands. It didn't work though. When the merchant returned a week and a half later, Ayyub and all his household were dead and the palace boarded up.7

Clearly these three theories—maturation of the blood, person-to-person transmission, and miasmas—are not entirely consistent with each other, despite all appearing in the same book, and sometimes on the same page. The miasma theory is the one to which Avicenna dedicates the most space, and also the one which one hears the most about in the works of other authors. It is, of course, entirely at odds with the idea of quarantine.

If disease is the product of a foul and pestilent congregation of vapors that have accumulated in some place, then rather than hunkering down where you are, the logical thing to do is escape to some more wholesome locale. The chronicles of the Umayyad period are rife with accounts of rulers fleeing their palaces during outbreaks of Bubonic Plague. Finding higher ground was especially popular, since it was believed that the miasmas had an affinity for hollows and valleys. In the example I gave in my previous post, in which the Caliph Omar relocated his troops during the Plague of Amwas, their destination was the higher elevations of Hauran, in what's now southern Syria.8

Despite the vaunted reputation of medieval Muslim physicians in general, and Avicenna in particular, there is not only no evidence that they invented quarantine, but the idea wouldn't even make sense to them, given their basic ideas about medicine. Some of which were downright laughable. Obviously comets have nothing to do with smallpox, and even though conjunctivitis is highly contagious, spreading it requires some form of contact; you don’t get it merely by gazing into the eyes of someone who has it.

Still, we shouldn’t laugh too hard. Their painstaking classification of disease and symptoms laid the foundation for what was to come. The pioneers of modern medicine stood on the shoulders of giants, and Rhazes and Avicenna were giants indeed.

Posted by Michael Isenberg at 4:05 AM